Think of the most exotic trip you can...India? Thailand? Maybe South America? What about outer space? Well, Pamela Melroy has been there, and now she's back to tell us all about it.

Following a degree in physics and astronomy and then a masters in Earth & Planetary Sciences, she went for the dream job to end all dream jobs… to be an astronaut.

We spoke to Pam about physics, space tourism… and dancing.

As commander of a mission to the International Space Station, you’ve done the job to end all jobs. To get there, it must have been a long, long career journey. What inspired you to start?

What inspired me more than anything was astronomy. I was interested in the planets and galaxies…those types of things that are very inspiring when you’re eight or nine years old. But I was also really interested in the space programme. It can be difficult when you’re trying to make a choice about when to study something difficult like science or maths… what you have to see is the end outcome. The way to do the most exciting exploration – both on and off Earth – is to have that science or maths experience. If you can have the vision for that end job – being an engineer or scientist – then it’s easier to make your way through school.

People have difficulty comprehending what an engineer or scientist actually does on a daily basis, yet we have all these examples of improved trains, planes and automobiles around us … NASA is just the ultimate extension of that technology, but it’s actually all there around us.

The International Space Station (ISS) is a very big project, both in physical scale and in concept… can you explain why you think it’s necessary?

The simplest explanation goes all the way back to the first science class that you ever took. One of the first things that’s taught when you do an experiment is that you change one variable at a time. You test something then you change one thing: it could be a chemical level or temperature. In space, we can change the most awesome variable of all, which is gravity. It’s the ultimate variable. Every experiment that has been performed on Earth, you can re-perform that in space and learn a lot about the fundamental workings of the universe. The human body is the most obvious one, it’s extraordinary to discover where gravity is critical in a process in the body and where it isn’t…and we’re just beginning to explore that. We can understand what the processes are so we can better design treatments and medications to take care of life on Earth.

One of the points I’ve heard you mention about the ISS is that it’s based on international collaboration, not international competition. How important do you think that is?

I think that it’s enormous. The capacity for us to achieve great things is made great greater with international cooperation. Each country brings unique cultural perspectives and capabilities. Countries have centres and disciplines that are known internationally, so by bringing in all those skills you have a higher quality product.

If you think of what the magnitude of what it means to go and visit another planet – not just our Moon, which is three days away – but Mars which is six - eight months away (with current technology) then that is a challenge for the next generation of students of the whole world.

Absolutely. You have to look at the money that you put into science within a diversified approach. Treat it as a business proposition. You would never put all of your financial assets into a single asset class, you just don’t do that. The same thing is true of the space programme. Satellites, great…it’s very important to invest in them. [But] it’s as important to invest in pure research where you don’t know what the outcome will be. An example would be 100 years ago understanding the nature of the atom. If you hadn’t done that, nobody could have invented a laser which is incorporated into every aspect of our lives. You have to have industrial and basic research. You have to recognise that some will overreach and some will be passed over, but in the end we continue to move forward.

Do you think that space tourism will be a ‘civilian’ possibility in our lifetimes?

Yes, technically it already is. If you pay the Russians enough you can get a ride on their spacecraft. Typically, they do prefer to have people with a technical background... but everything is new and it’s a wide open field.

I think that the only way that we are going to get smarter about going into space is by doing it, so I am all in favour of every effort being made by private industry and governments to send humans into space. One concern that I do have is a lack of awareness of the danger. People think ‘how dangerous the space shuttle is’ because we’ve had two accidents in 120 missions. The reality is that if you look at satellite launches, we have an extremely high success rate compared to the unmanned launch rate, so we’re very careful. It’s terrible that only a small group of people shares this mind-blowing experience of seeing the Earth from space…we’d like to share it.

Has the experience of going to space changed you as a person?

Everyone has a different personal experience in space, but all of us have had many moments of awe among the huge amounts of busy-ness that we experience. Space is a bit like ‘work, work, work, work, work’ - look out the window - then ‘wow’ then ‘back to work’. For the space station crew members that live up there for six months or so, they have a much calmer pace. They can spend an entire revolution around the Earth just looking out the window.

I think you don’t bring anything back to Earth that you don’t already have inside you, but the awareness of looking at the Earth and seeing that everything that you know and love is so small… and you look out the other windows at the vast blackness of space. It does give you a very strong sense of wanting to protect the Earth, and a connection with the environment and the universe. I think it’s one of the most emotional things that a human can do is to go into space.

In terms of jobs that people aspire to, yours ranks way up there. But, is there anything about it that isn’t so great?

I think that in every job you have to understand that there are administrative responsibilities and the grind of being in a large organisation. Coming from the Air Force, none of that has ever bothered me. So as you’re inspired by your job the small things roll off you.

You have an interest in jazz and tap dancing; did you have any opportunities to indulge this during a mission?

When I was in space I undertook an experiment to see if it was possible to dance in microgravity… there are some real challenges. Holding yourself steady without the floor is a little difficult.

Your field, and in science in general, has traditionally been seen as a male area. As a woman, how do you feel about this?

In my experience the academic environment is one of the most rigid environments. There is an expectation out there that girls are not at good at maths and science which is demonstrably not true. So, in my mind the bigger issue is making women feel welcome. I think young women have been told that it’s difficult to have children and work… But people do it all the time. It’s more of a cultural issue than it’s a real issue. I think it’s perfectly achievable to do both.

Having been a space commander, what can you possibly do next?

That’s the million dollar question for an astronaut as we understand that there’s nothing that competes with this. But, our world offers many challenges and for me leadership is a new challenge. The most infinite and varied thing in the universe is the human heart and personality, and so for me the whole world stretches out as a set of challenges as a leader. No matter what I’m doing in 10 years I hope to be leading a team.

Back to case studies 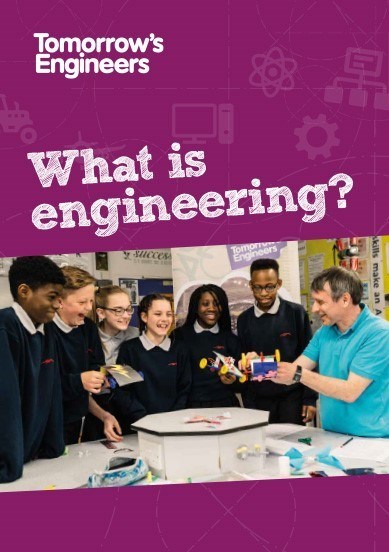 Samantha works with technology to make communication easier for those who might find it difficult.